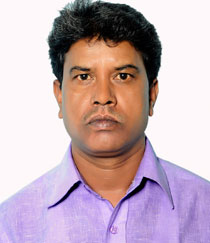 Ram Singh Urveti born in 1970 at Patangarh in Madhya Pradesh learnt to sketch and draw on the floor and walls of his home as a child. He took to painting as a passion and profession as a young man inspired by legendry Jangarh Singh Shyam. The imagery is inspired by the stories that he has grown up hearing. The various rituals followed by the Gond community to which he belongs, whose life depends on nature, appears in compositions that entail reverence for goddess mother earth, tree of life, birds, animals and flora and fauna. Drawn in intricate lines and dots, Jangarh’s paintings tell colourful and visual stories. Winner of various awards including the South Central Zone Cultural Centre award for Tribal Art twice, Asia/Pacific Cultural Centre for UNESCO in Tokyo, Kalidas and the prestigious Bologna Ragazzi awards, the artist has attended various art camps and also worked on murals. His work has been exhibited in Bhopal, Ujjain, Hong Kong, Delhi, Paris, Mumbai, Kolkata, and Bangalore. Ram Singh’s paintings are part of the collections at Indira Gandhi Rashtirya Manav Sangrahalaya, Bharat Bhawan and Adivasi Lok Kala Parishad, all three in Bhopal, Crafts Museum in Delhi, Dakshin Chitra in Chennai, Jagdish and Kamla Mittal Museum in Hyderabad besides with collectors across India and in Japan, France, Russia, Brazil, Hong-Kong, London, Washington, Saudi Arab, Italy and Germany amongst others. The artist lives and works in Bhopal. 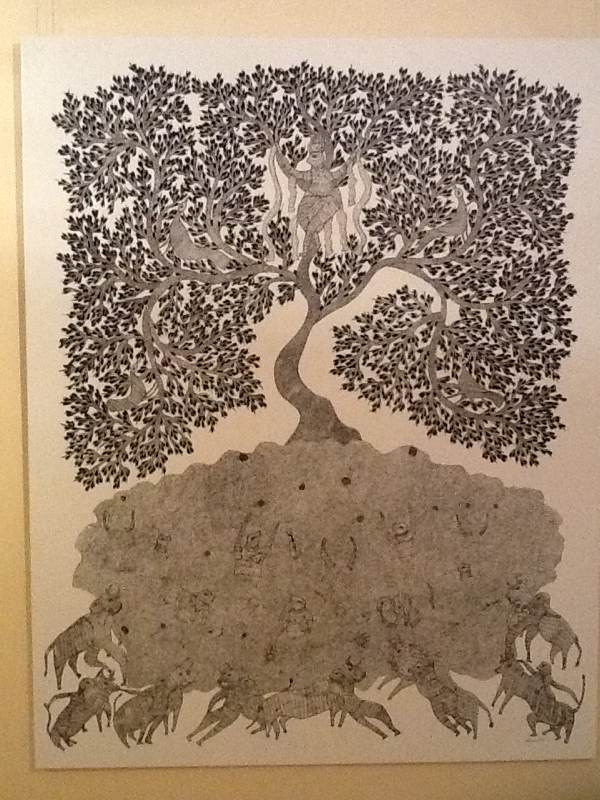 Krishna On A Tree 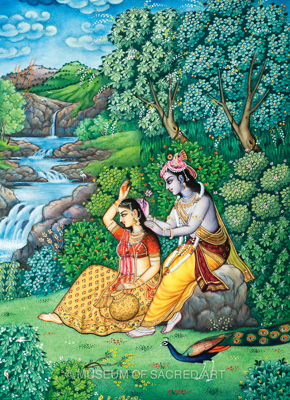