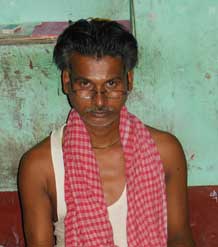 Born in 1966 at Khasaposak in Puri, Rabindra Mahapatra belongs to the coastal district of Orissa. He creates paintings in one of the most popular living traditions of Indian art known as Pattachitra, practiced by artisans living around Raghurajpur. Using strong lines and brilliant colours, he makes paintings on paper and palm leaf scrolls.There are compositions in which he features the beloved Lord Jagannatha, while the myths of the Dashavatara stories, Krishna lila, and legends of Ramayana and Mahabharata are depicted in the others. His genre can be described as a combination of the folk with classical styles, which incorporates decorative elements and elaborate borders similar to the ones identified with Mughal and Rajasthani schools of painting. His work has been exhibited in shows across the country and has found its way into important collections.The artist lives and works in a village in the Raghurajpur area. 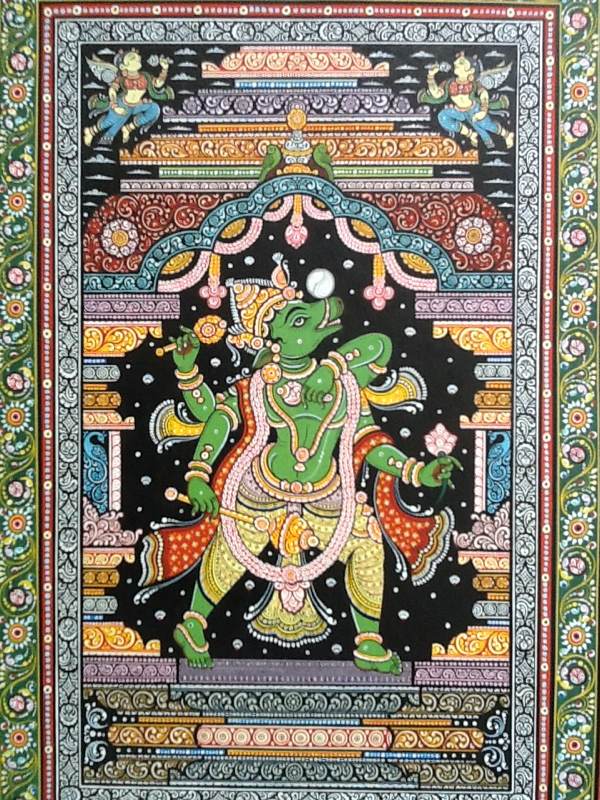 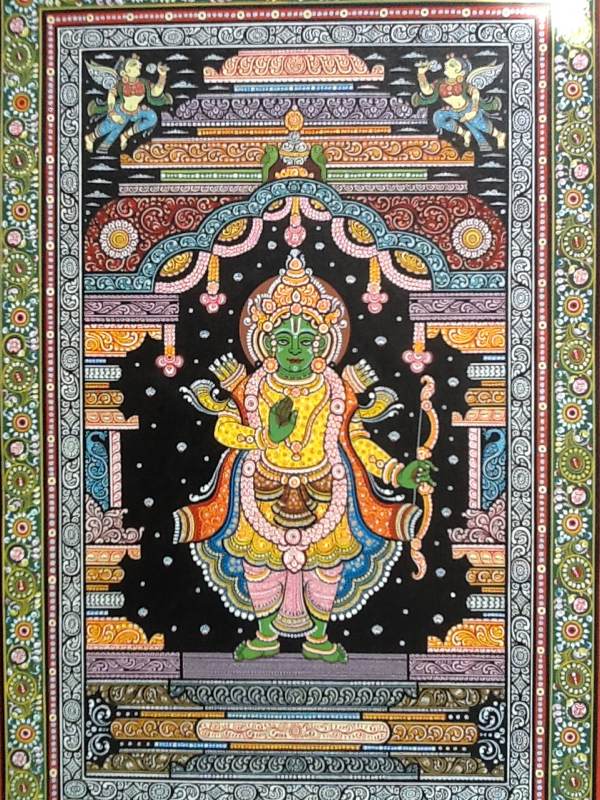 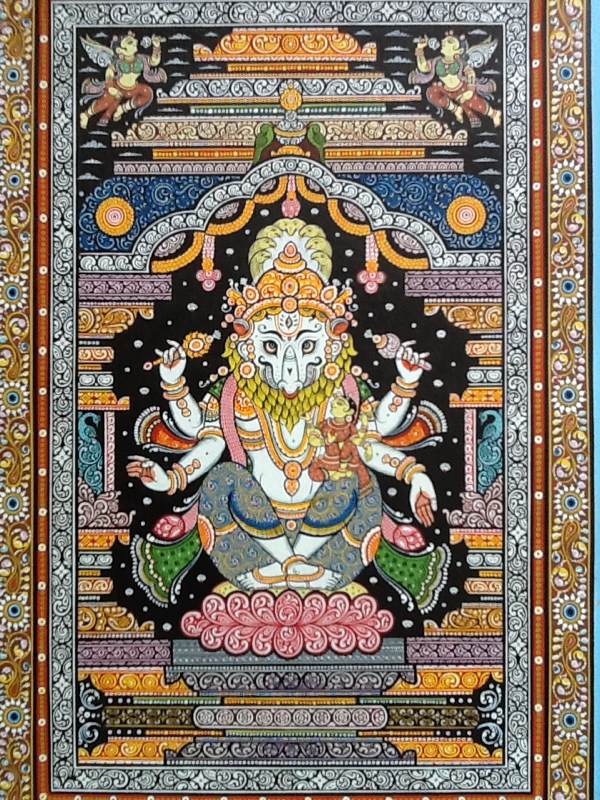 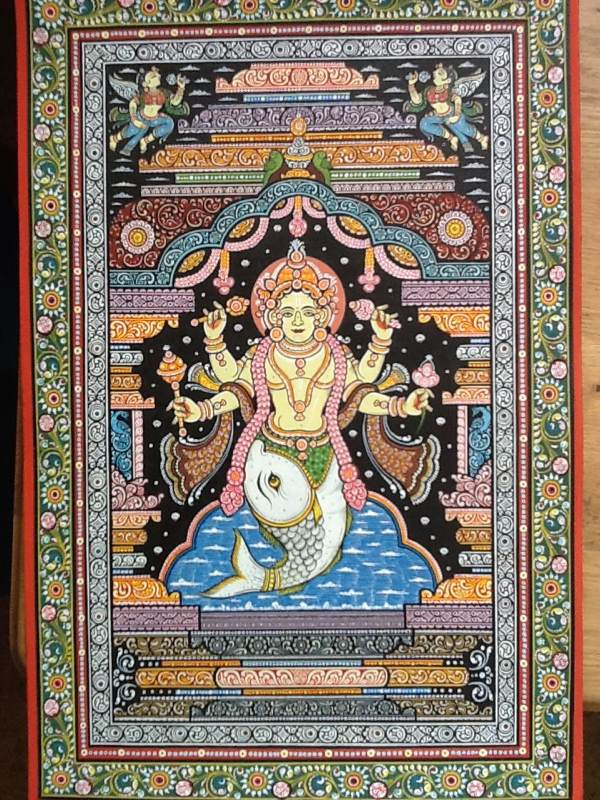 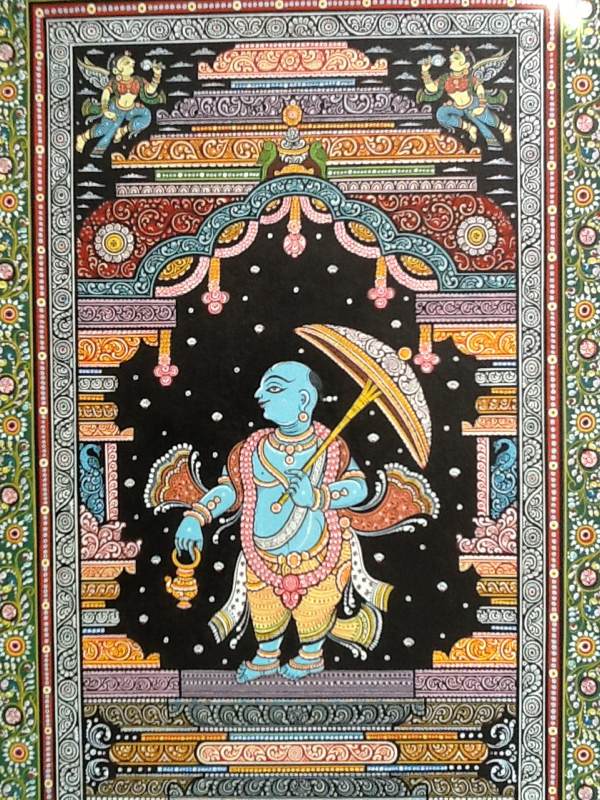 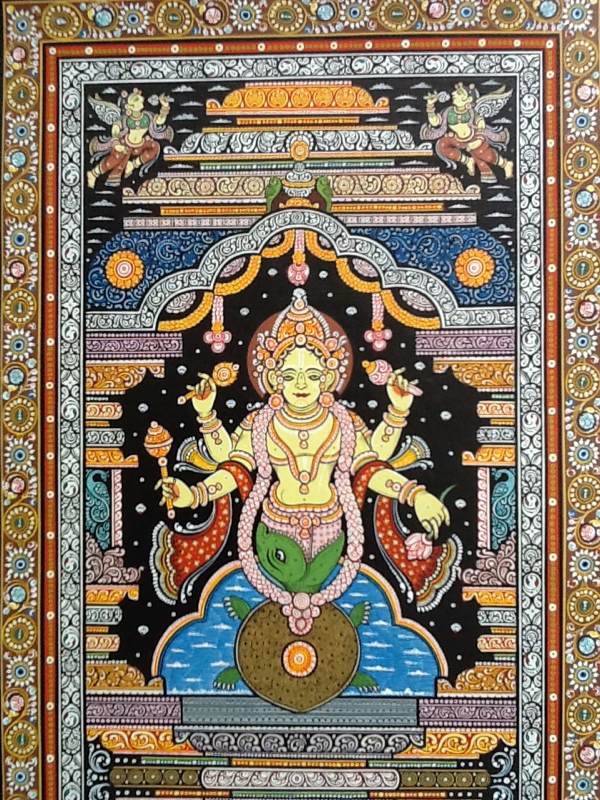 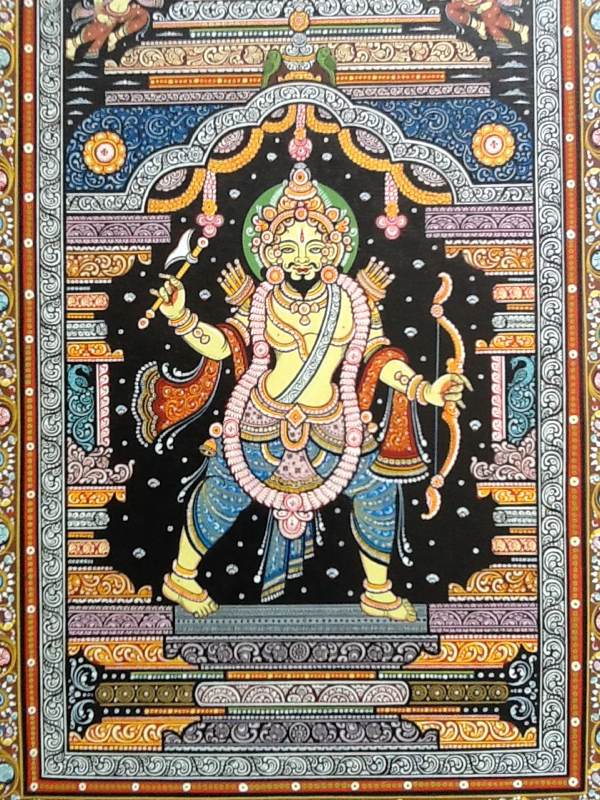 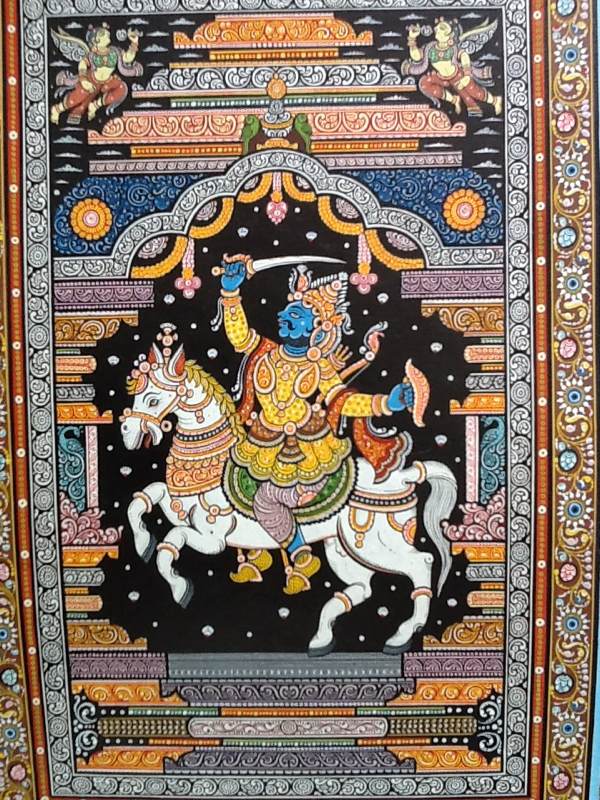 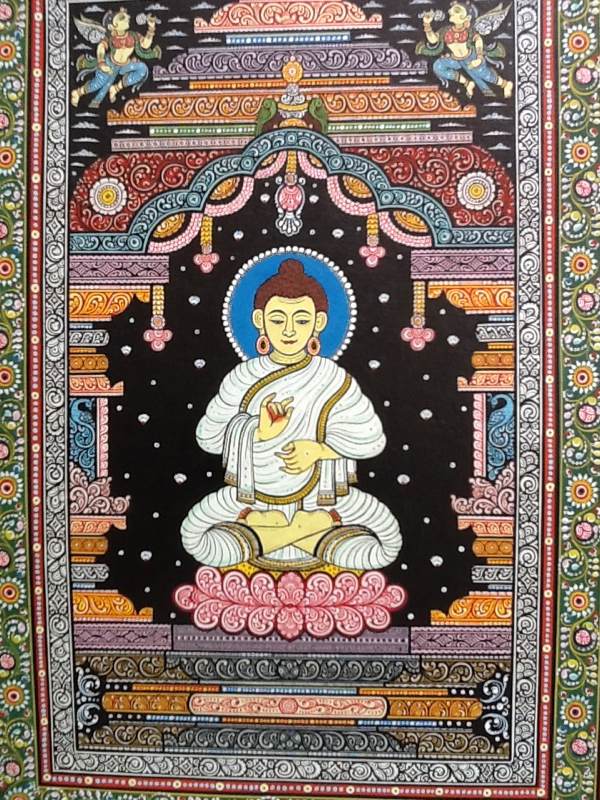 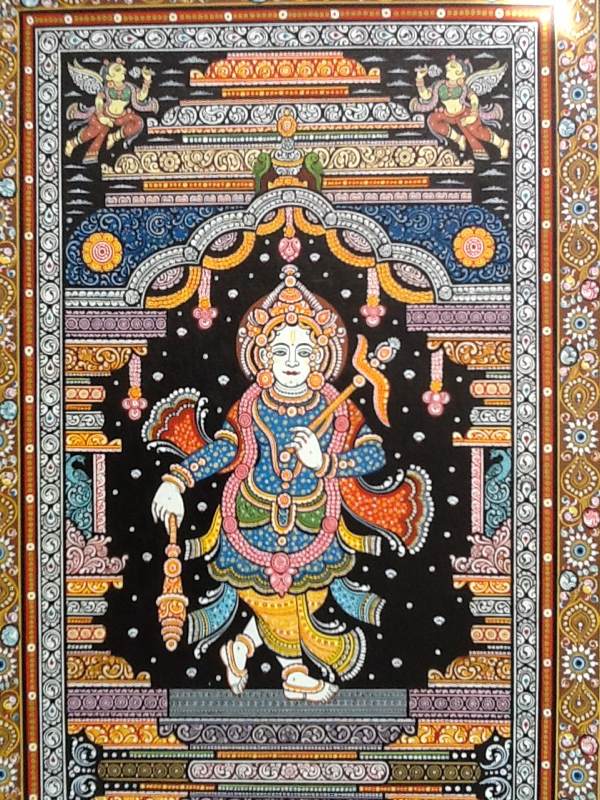