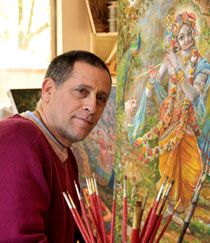 Born in 1947 in New York, Puskar Dasa, formerly known as Matthew Goldman, was introduced to the world of art at a very early age and attended art classes at the Brooklyn Museum and the Pratt Institute when just seven. He later studied at the Art Students League of New York and the Brooklyn Museum, with full scholarship, under some well-known teachers including Edwin Dickinson, Robert Hale, Robert Brackman, and Walter Barker. After joining ISKCON in Hawaii, he first moved to Los Angeles, and then to New York, where he joined their art department. Keenly interested in yoga and meditation, he has experimented with a wide variety of artistic and socio-political expression. He has had a prolific career as an ISKCON artist, working on projects in many different countries, and participating in the two-month marathon in Los Angeles on the 24-volume Chaitanya Charitamrita. He also worked on the Palace of Gold at New Vrindavan in West Virginia, USA, helped set up the European branch of the Bhaktivedanta Book Trust (BBT) in Sweden and worked at the BBT art department in Florence. His paintings are exhibited in ISKCON temples around the world. In 1989 he moved to Alachua, USA, where he lives with his family. 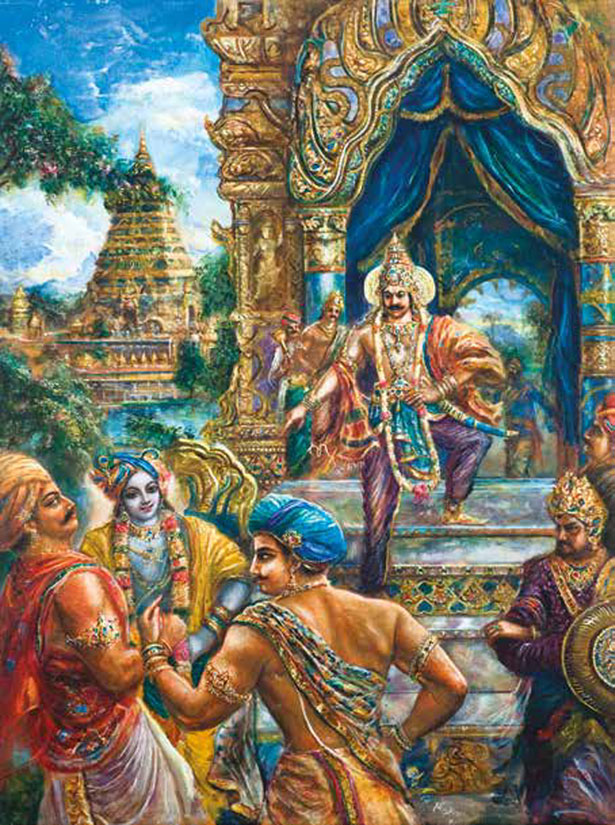