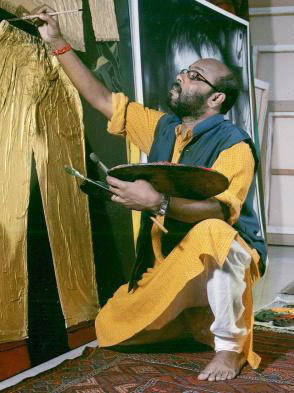 Born in 1965 at Tamluk, Paresh Maity spent his early childhood in rural Bengal. He moved to Kolkata for his Bachelor’s Degree in Art from the Government College of Art & Craft and then to the capital for his Master’s Degree from the Delhi College of Art, specializing in Painting and winning gold medals for both. A rare excellence in transparent watercolors, in large or small format, that capture the nuances of light and shade mark his masterly skill in the medium. His creativity extends to include paintings in oils and mixed media that form a large part of his impressive body of work, to which he has added some installations more recently. An avid traveller, excellent photographer, skilled designer, and a great storyteller, Paresh works not just in landscapes or figuration but also abstraction, and has made several sculptures and films as well. Marked for its finesse and sensuality, eroticism and romanticism, much of his work comes with a touch of folklore. His repertoire and career, that spans nearly a 100 solo and group shows in India and abroad, including at the Cleveland International Drawing Biennale, Indian Triennial, India Art Summit and Singapore Art Fair, has been documented in a couple of large, illustrated books. Winner of the Royal Watercolor Society Award, Governors Gold Medal, Kolkata and AIFACS Award, amongst others, his work is held in numerous private and public collections including the British Museum London and the National Gallery of Modern Art Delhi. Paresh lives in Delhi and works from his studio in the city. 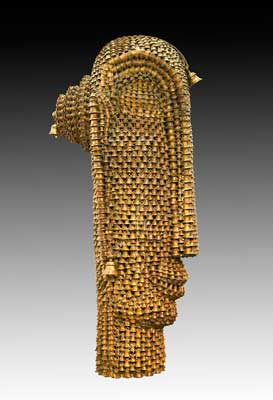