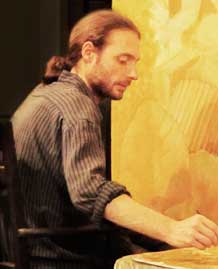 Born in 1976 in Italy, Parama Libralesso graduated from the Institute of Art in Florence. He then studied at The Fine Arts Academy in the city and followed it up by training in classical art and the traditional technique of oil painting at Venice. A multitalented artist, he is a portraitist, sculptor, illustrator and designer. Growing up amidst a Hare Krishna congregation located in a 16th century mansion in Italy, he was exposed to the Indian Vedic culture, its symbols and elements, as well as Italian Renaissance works that he studied and encountered. The dramatic cultural mix that consequently became a part of his psyche often gets reflected in his work, as is evident in the series on the Ramayana in retro illuminations prints, published by the Bhaktivedanta Book Trust. Featuring some spectacular compositions, his work combines the digital medium with hand painting in oil, acrylics, watercolors, pencils and inks, besides photography and models. The mix of techniques and media allows him to experiment – cut and paste or zoom in and out, and add handcrafted elements. Parama’s multilayered work has been exhibited widely and he has done several commissioned works for Italian and Indian organizations. He is based in Florence and works from his studio in the city. 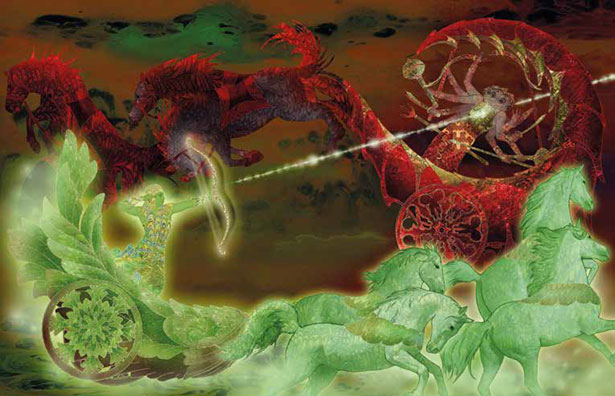 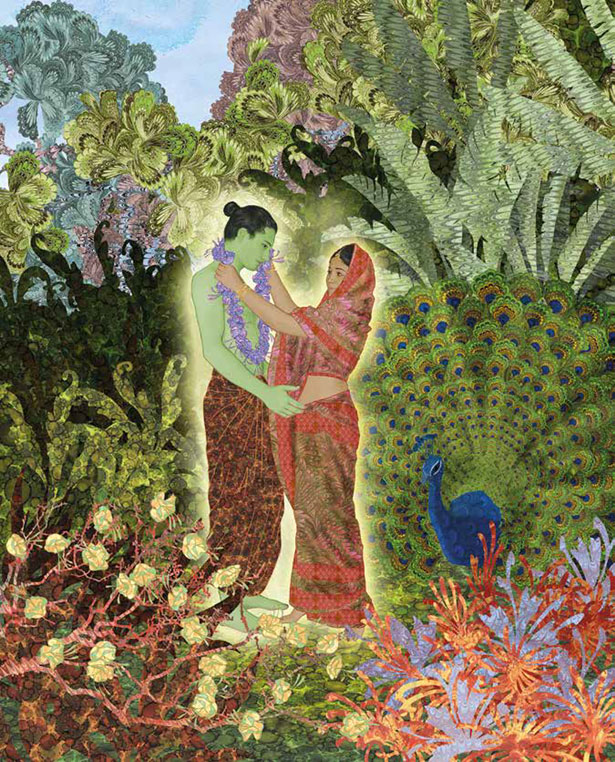 Sita and Rama in the Forest 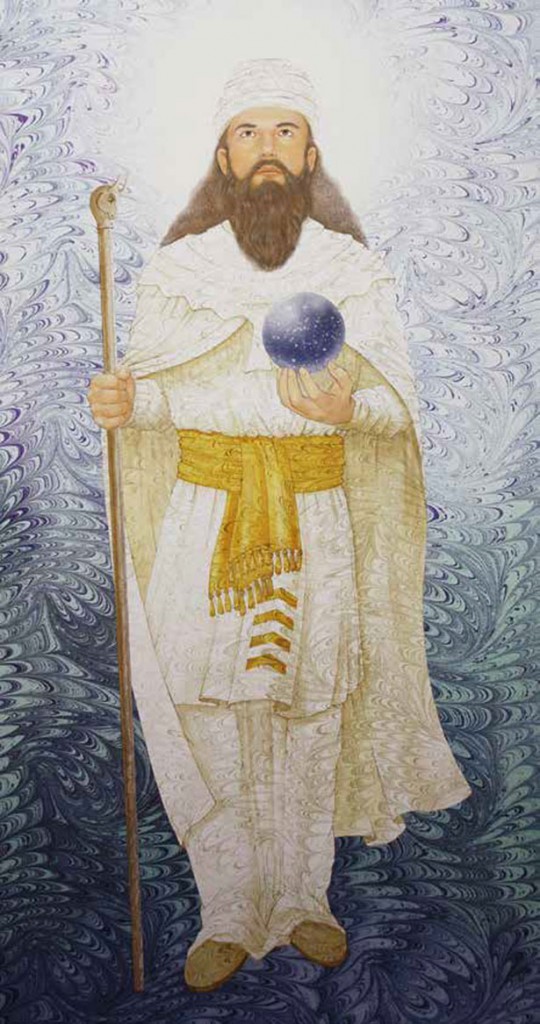 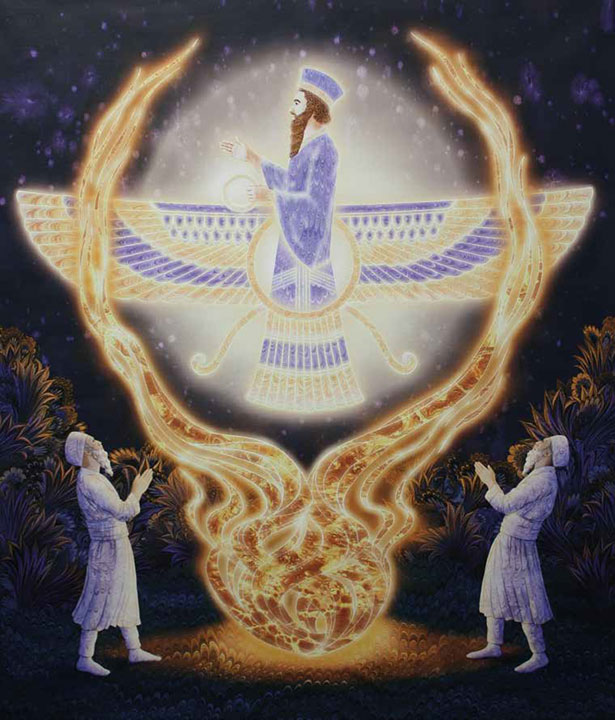