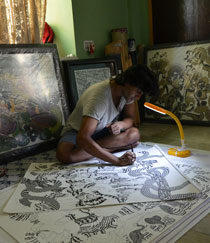 Born in 1986 in Assam, Nandan Purkayastha, full name Debapriyo Nandan Purkayastha, studied Fashion and Design and graduated from the National Institute of Fashion Technology in Delhi but chose to pursue a career in fine art. Inspired by ancient Indian mythology as well as old Western cowboy classics, his work, mostly in monochrome drawings and paintings, comes in intricately detailed pen and ink imagery on paper. Durga Puja festivities and rituals, ranging from creation of the idols to their immersion, are featured with depth and dimension. Though faceless, his idols and people, with inter-related elements composed in contoured spiral patterns, bring the imagery alive. The impact of his training in fashion is evident in the drapery and hairstyle of figures and the contours of birds and beasts in his work. Having exhibited in solo and group shows at Kolkata, Delhi and Mumbai, the young artist is now experimenting in sculptural installations. He lives and works in Kolkata. 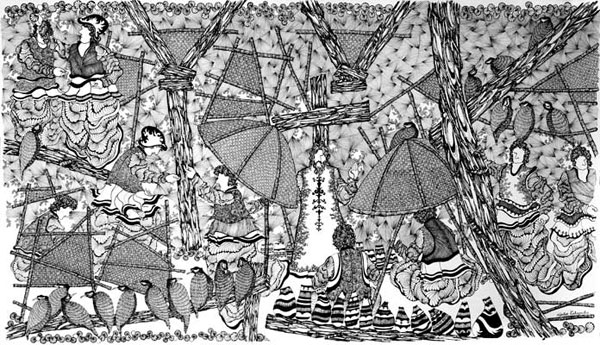 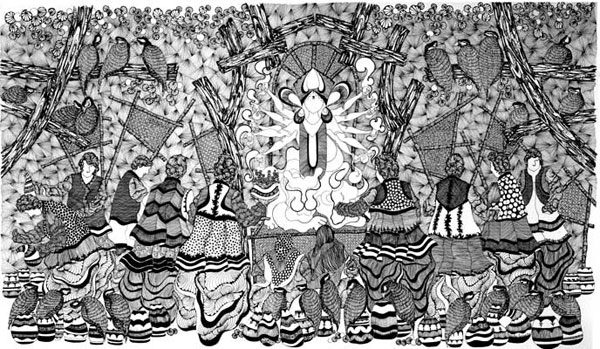