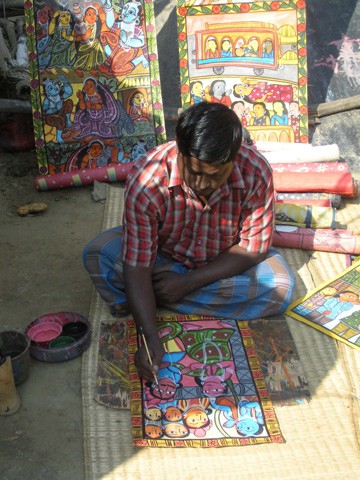 Mantu Chitrakar, first name also spelt as Montu, is a young traditional scroll painter from West Bengal who, like other men and women of his community, learnt to paint and draw while he was still a child. The ancient art of patachitra involves narrative drawings painted in sequence as a multi-panel vertical scroll, made up of sheets of paper glued together, that get rolled up for use by travelling minstrels to tell stories, accompanied by songs and the scrolls. Mantu creates his patachitras on sheets of paper, glued and sewn to old fabric, often a used sari, which adds to the strength and life of his scrolls. Colours made from natural materials found in the village and mixed with gum are added to the images, which are first sketched in pencil. Bold colours, punctuated by thick black outlines, is the defining characteristic of these scrolls, where forms are fleshed out, and embellished for dramatic effect. There are no sharp angles or clear geometric forms though. Mantu’s narratives are usually mythological and entail epics such as Ramayana and Mahabharata but sometimes also depict local folklore, wild life and contemporary history. Stories of Lord Krishna and Goddess Durga are sung alongside historical happenings such as the 2004 tsunami or the 9/11 terror attack as colourful scrolls several feet long open frame-by-frame to unveil an eclectic mix of mythology, and modern-day happenings. Mantu’s work, that also often raises current socio-economic issues, has been exhibited in shows held at Delhi, Mumbai, Kolkata, Chandigarh, Kerala, Mysore, and Australia, besides others. It is now finding its way also onto T-shirts and other patachitra merchandise as well as important collections, including the international airport in Mumbai. 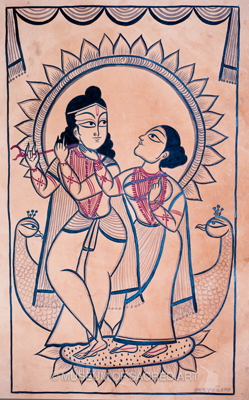 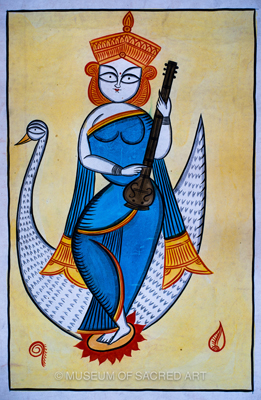 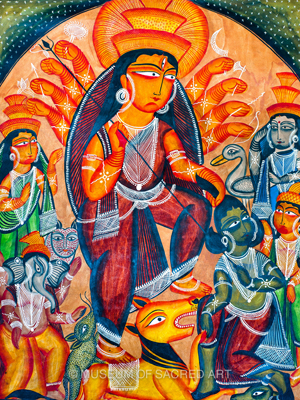