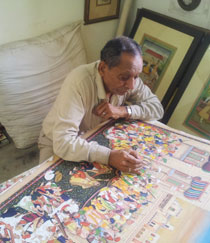 Mali Ram Lakhiram born in 1942 in Delhi is a self tought painter. He trained under the guidance of his father late Ishwar Das and mastered the art of painting in minitature tradition. And he has done this along with his job as a train driver with Indian Railways until his retirement, speaks of the artist passion and commitment for art. Mali Ram is adapt in several schools of miniature painting- Kangra, Mewar, Bundi, Jodhpur, Bikaner, Mughal, Company and Sikh Schools. His finely drawn and delicately painted imagery features portraits, nature, social history of the era, and religious icons and episodes. Also an expert at restoration and repair of old and damaged paintings and sculptures, he is very knowledgable about the history of India art particularly prints produced by the Calcutta Art Studio, Chor Bagan Art Studio and works of Ravi Varma, Dhurandhar and other artists of the British India period. Winner of the National award, his work has been exhibited and published extensively in India and abroad. it has also been documented in films on miniatutre paintings produced by Indian television Doordarshan and Star News. His work is part of museums, institutions and private collections including the collections held at the President’s House, Indira Gandhi Memorial Museum, The Ashoka and Samrat Hotele in India besides other centres overseas. The artist lives in Delhi and continues to paint while also training interested young people in Indian miniature art. 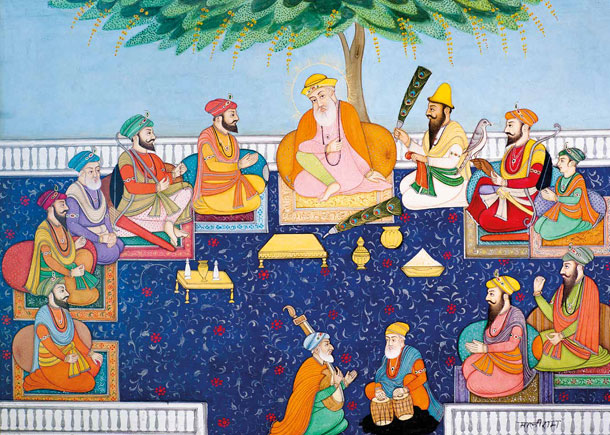