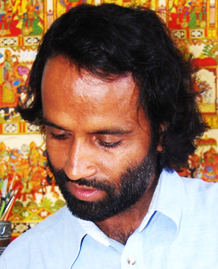 Born in 1969 at Bhilwara in Rajasthan, Kalyan Joshi comes from a lineage of Phad painters of the 13th century. Starting to paint when he was just eight, under the guidance of his father Padma Shree Lal Joshi, he has continued to paint and refine his skills. Although he graduated in Commerce, it was art that he chose for his profession. He continues to paint on cloth, epics and popular legends of folk heroes and deities of Rajasthan such as Pabuji and Devnarayan, which work as the backdrops during performances of epics. Rolled up, these used to be taken along by singers as they travelled through the villages. While retaining the essence of phad, Kalyan also experiments with line drawing and collage; character animation and montage to give his stories a contemporary touch. Founder of the Ankan Artists’ Group, he has also been running Chitrashala, an art school for children in his hometown. He has received the Gauri Shankar Mehta Award and National Merit Award and has conducted numerous workshops. His work has been exhibited in shows at Delhi, Kolkata, Ahmedabad, Chennai, Bhopal, Mumbai, Singapore, New York, London and Spain, amongst others. The artist lives and works in Bhilwara. 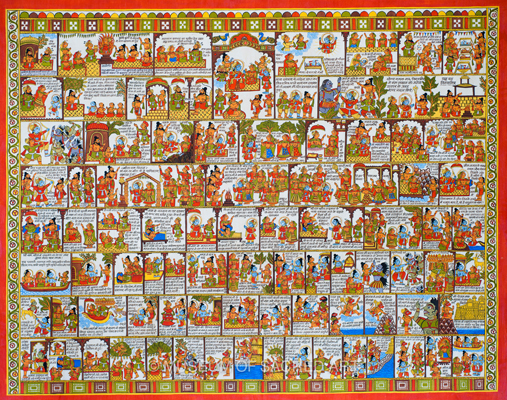 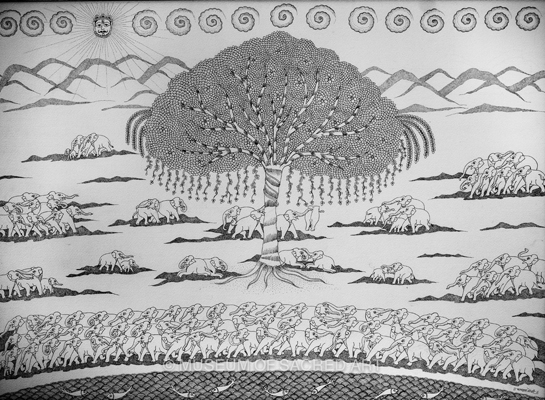 Elephants And The Trees 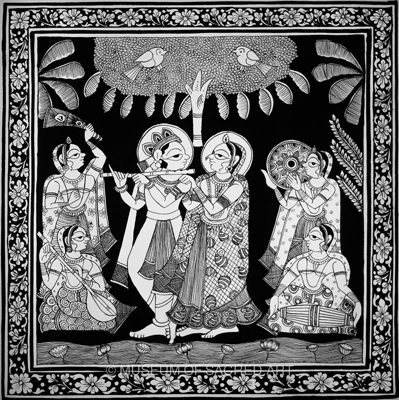 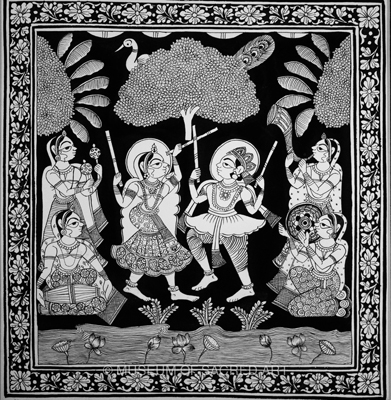 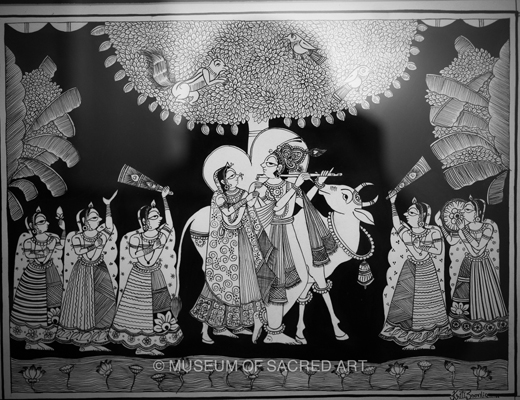 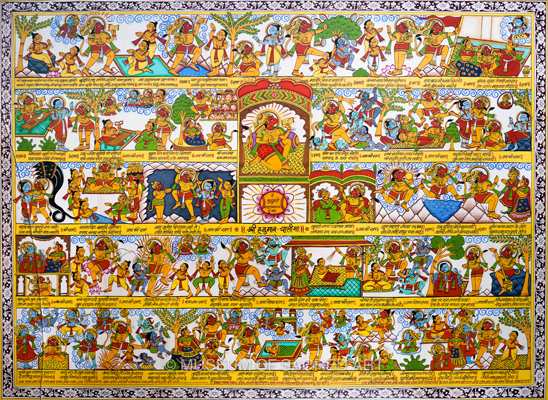 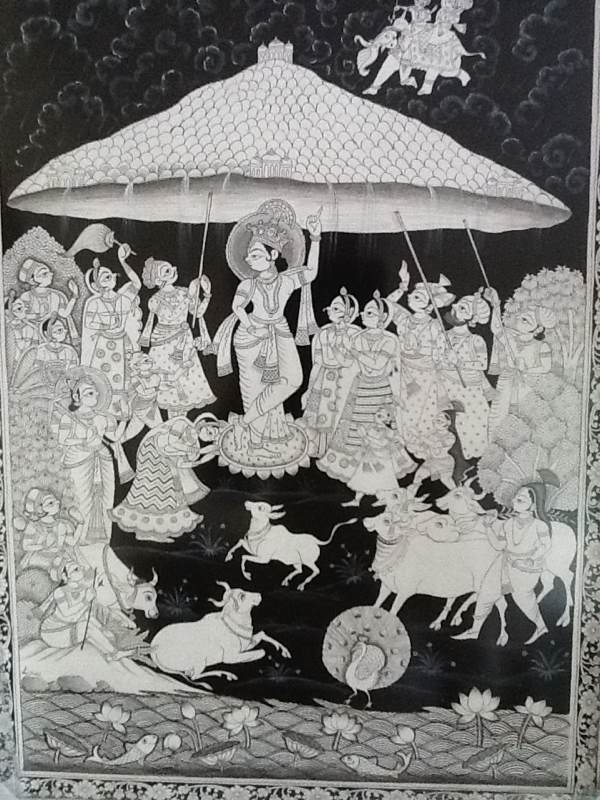 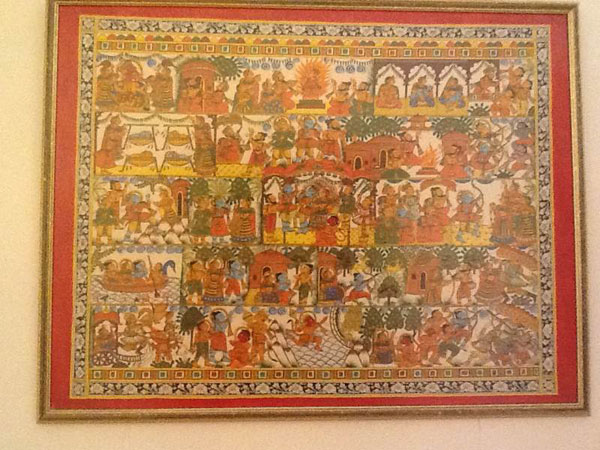 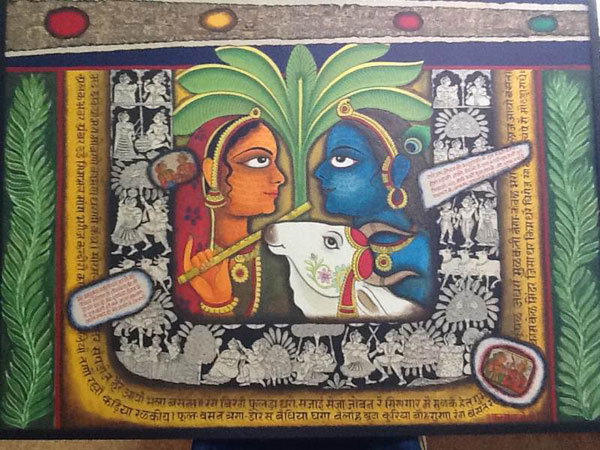