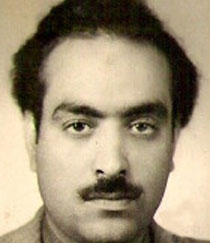 G R Santosh (1929 – 2007) full name Gulam Rasool Santosh widely known in the world of modern Indian art as Santosh, was born in Srinagar Kashmir in 1929. Following his initial training in painting, weaving and papier-mâché in his home state, he won a Government of India scholarship to study Fine Art at the M.S. University, Baroda, under late Prof. N. S. Bendre. His fascination with Cézanne and the Cubist treatment of the pictorial space is reflected in his work, which also appears influenced by his profound interest in Sufi mystic- poets. The aniconic and notational drawings of the Tantric Yantra, ritual designs took on a meditative tone, in his hand. The triangle turned into a pyramid, the circle a solid sphere, and the square a cube given his adept constructivist elaborations. Emanating light, his gemlike creations transformed tantric symbols of the cosmogony. An avid colorist and a vanguard of Neo-Tantric artist, he successfully endowed his work with three-dimensional volume on a flat surface. Santosh who also experimented with figuration and stylized self-portraiture, had over 30 solo shows in India, U.S.A., Canada, Japan, Hong Kong and Singapore- besides exhibiting his paintings in national international group shows, including at the Sao Paolo Biennale, Triennale-India, and the Neo-Tantra Art’, U.C.L.A., Los Angeles. Honored with Padma Shri by the President of India, he was also awarded the National Award twice and the Artist of the Year Award in New Delhi in 1984. 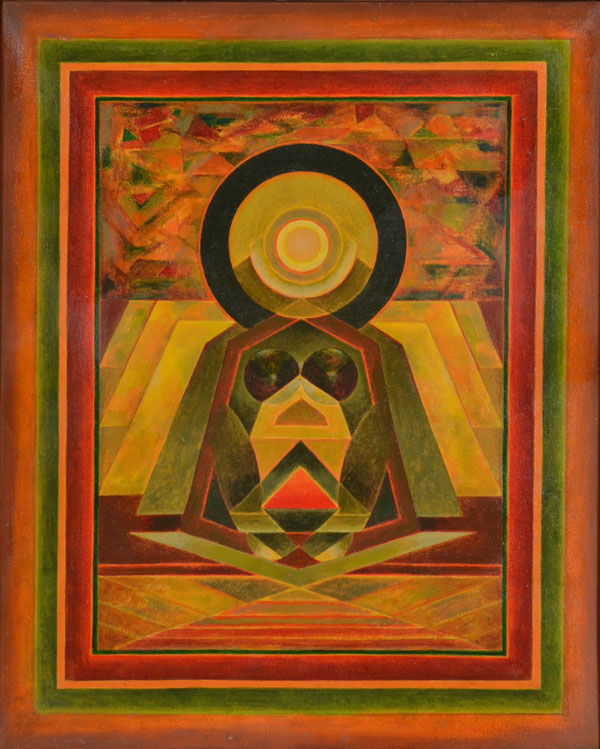