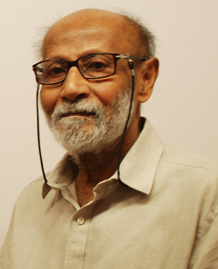 Dipak Banerjee, born in 1936 at Barishal in Bangladesh, graduated from Government College of Art & Craft in Kolkata, followed by further study in Paris at the École des Beaux-Arts and Atelier 17 under S. W. Hayter on a French Government scholarship and then at Atelier Nord in Oslo on a Norwegian Government fellowship. Trained as a printmaker and painter, he worked in Norway for a year and later joined the Faculty of Visual Arts, Banaras Hindu University, where he taught until 1996. His work comes in symmetric and geometric patterns with ‘tantric’ symbols evoking a devotional fervour. The compositions imbibe impressions of Indian miniature painting, given the luminosity of their colours. Working often in series, his paintings display a free flow of lines and forms streaked with spirituality. Though rooted in Hinduism and immersed in motifs, like the character ‘Om’ and other symbols, his art exudes a more liberal and universal perspective. His first solo in 1967 at the Maison des Beaux-Arts in Paris has been followed by numerous solo and group exhibitions held in different cities of India, and at Oslo, Fredrikstad (Norway), Valdivia (Chile) and Hamburg amongst others. Recipient of the National Award twice, besides the AIFACS, U.P. State Lalit Kala Academy Awards, for both his paintings and graphics Dipak Banerjee is an active member of the Society of Contemporary Artists. He lives and works in Kolkata. 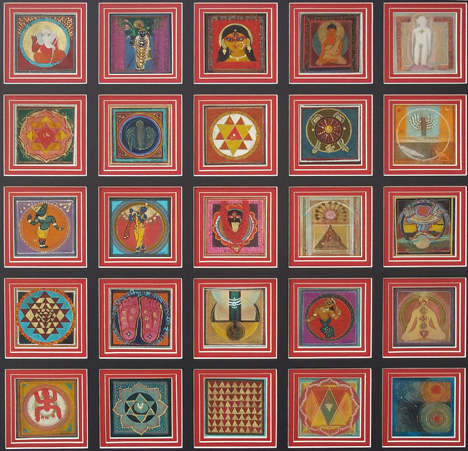 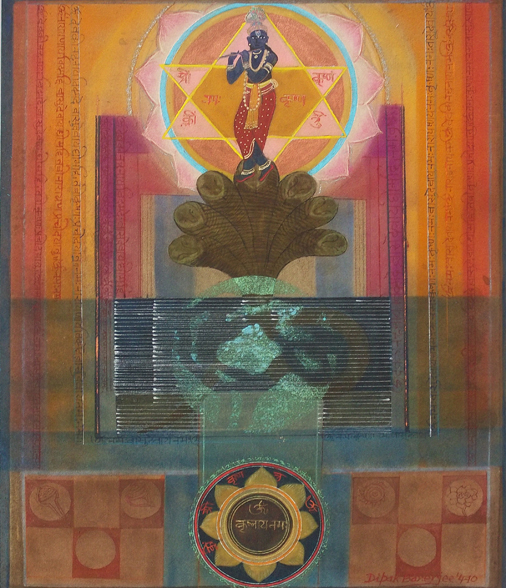 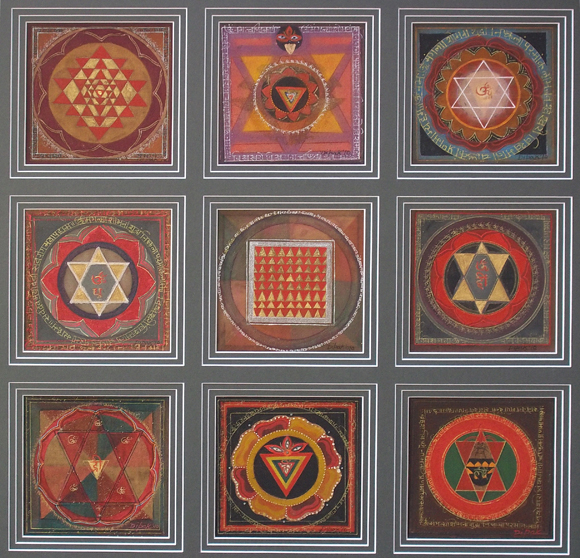 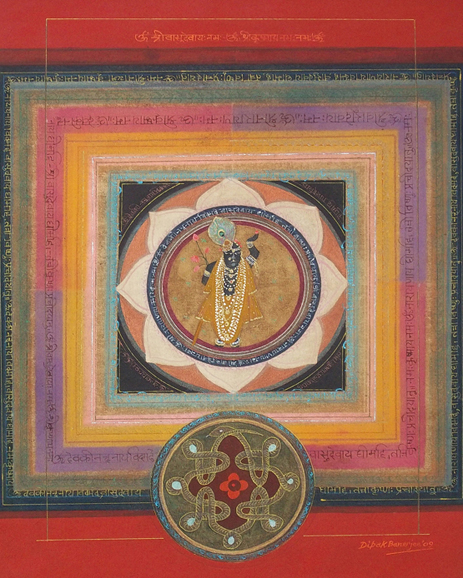