Born in 1974 at Mandawar in Rajasthan, Dileep Sharma did his graduation in Arts from Rajasthan School of Art in Jaipur and received a Master’s Degree in Printmaking from Sir JJ School of Art in Mumbai. An artist’s residency at Glassgow Print Studio with a British Council grant, a Bendre-Husain Scholarship and a fellowship of National Lalit Kala Academy in New Delhi, followed in quick succession and helped the artist refine his skills. In a repertoire that includes prints, drawings and watercolours mostly on paper, he creates dramatic pictorial narratives about contemporary society with a touch of satire.Under his pseudonym Kunwarji, Dileep’s adventures extend to include a heady mix of pop culture, sexuality and socio-political isseus as reflected in as interface between ethnic mythologies and urban life. There is a clear influence of miniature paintings and folk arts with fun underpinning his densely rendered work. The colourful motifs within images – coupled and cropped, fragmented and inter-mixed; make a satire on today’s fleeting world dominated by media and advertisements. Exhibited in several solo and group show’s in various Indian metros as well as internationally at London, Paris, New York, Seoul, Tokyo, Dhaka and Vienna, the artist is a recipient of several awards including the Kochi International Triennial Exhibition of Prints in Japan twice, the 6th International Biennial in Prints at Bharat Bhavan in Bhopal and ‘ASIA BELT’ in Seoul International print, photo art fair in Korea, besides others. Dileep lives in Mumbai and works from his studio in the city. 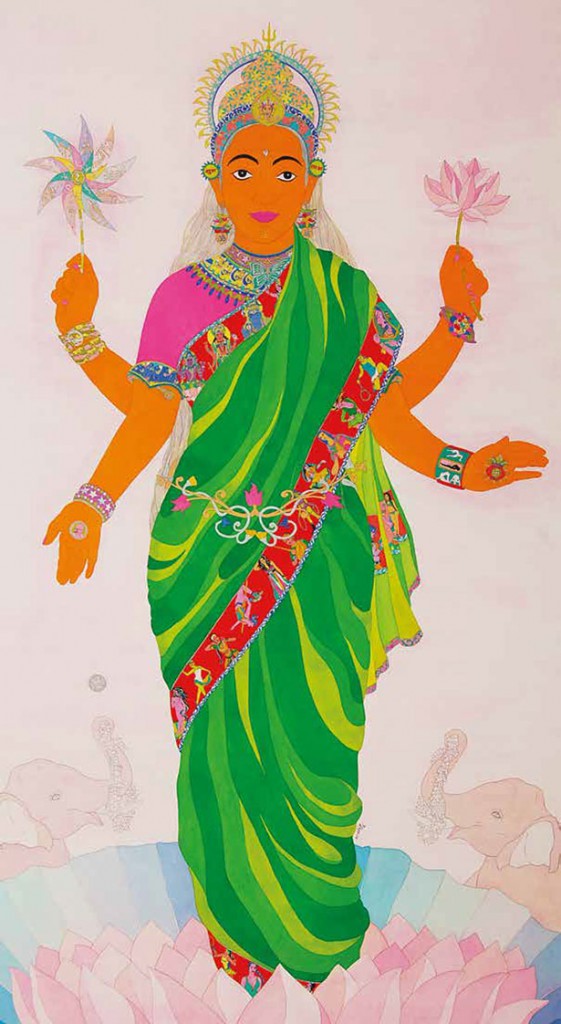