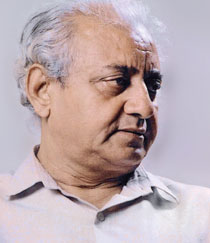 Born in 1933 in south Gujarat, CD Mistry completed his Diploma in Painting followed by a Master’s in Art, both from his home state. He is known for the use of motifs in his stylized and religious paintings that resonate with the colourful hues and folk forms of his native state. With a visual oeuvre deeply influenced by explorations of wall paintings in villages and slums, study of cloth paintings by unknown craftsmen, mirror work in textiles, popular prints of gods and goddesses, and small temples and their intricate murals and rituals, Mistry’s canvases display a distinct imagery incorporating painted landscapes, imbued with the conventional Indian decorative style. Though most of his work appears in colour, he has also painted in black and white. The frayed, dream-like compositions that are redolent with folk and primordial motifs have been part of several exhibitions across the country and have won him many awards, including the National and State Lalit Kala Academy and Gaurav Puraskar Awards. The artist is based in Ahmedabad. 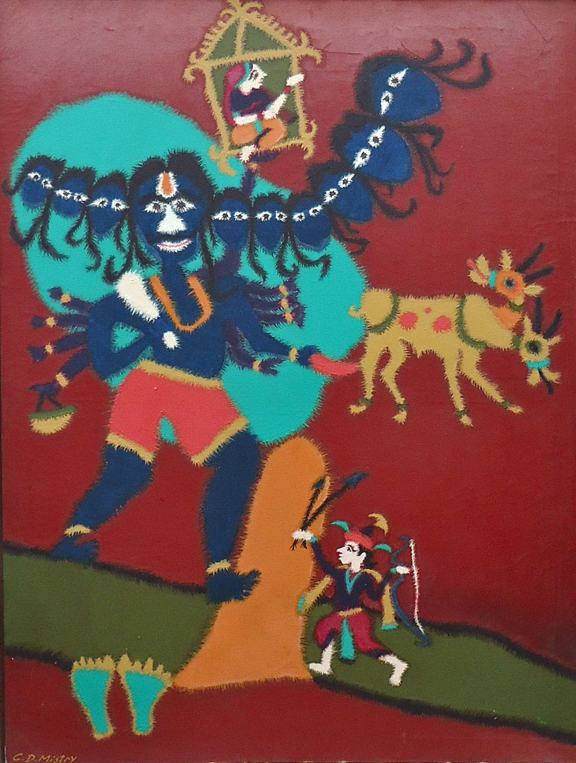