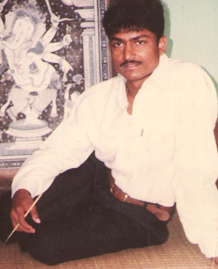 Born in 1969 at Raghurajpur in Odisha, Bhaskar Mahapatra received training in the traditional art of Pattachitra from shilpi guru Jagannath Mohapatra during the 1980s. His compositions are created on palm leaf, paper, cloth, and canvas. Although he used to paint mainly on palm leaf with natural pigments earlier, he has now increasingly been using ready-made colours for his work, which he executes on other materials including paper and canvas. Thematically, the work focuses on Lord Jagannath and other deities and icons. Practicing the art of Pattachitra, Bhaskar has been painting for the last thirty years. His work has been exhibited in various exhibitions held at Bal Bhavan, Delhi Haat, and the Crafts Museum in Delhi, Juhutara Road in Mumbai, and the India Festival in America. He has been honoured with the Lalit Kala Academy Award and his work has featured on saris, dresses, coconuts, cushions, paper masks and woodcraft, appeared in the form of traditional wall paintings and has also been used in temples. The artist is currently based in Raghurajpur, Odisha and works from his home. 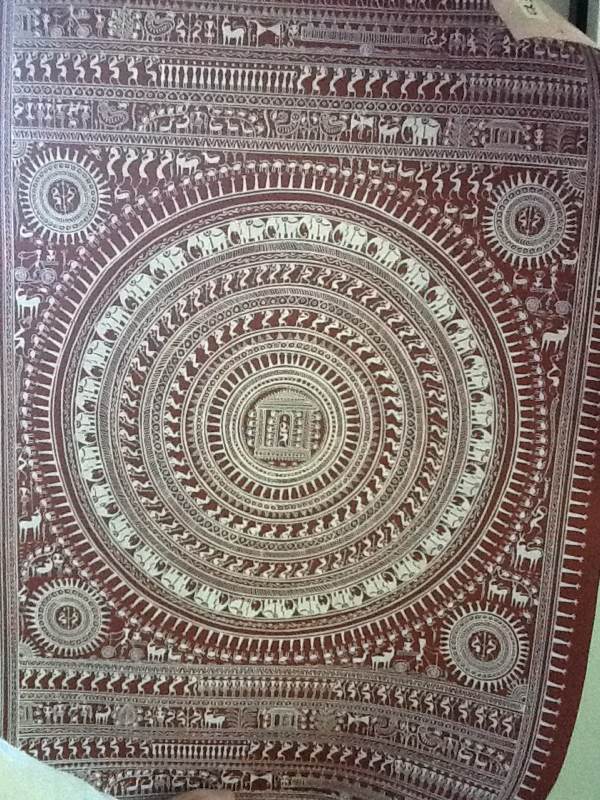 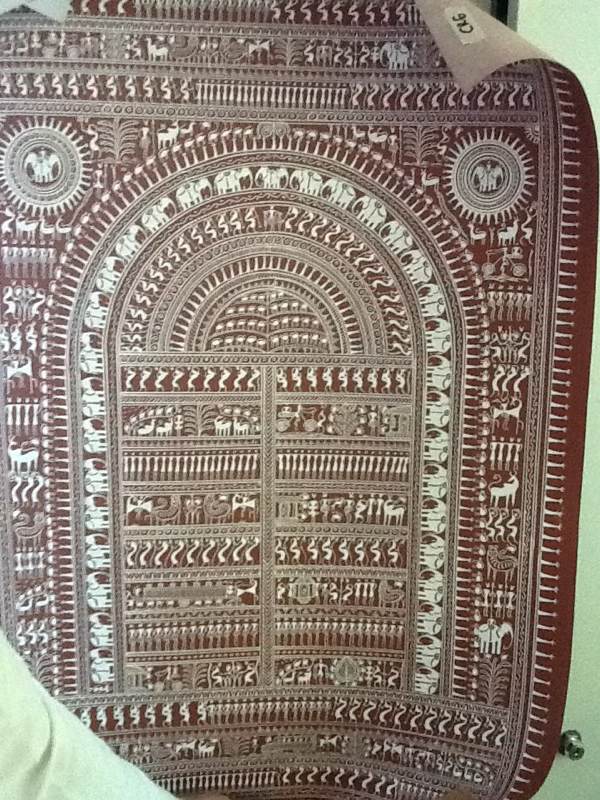 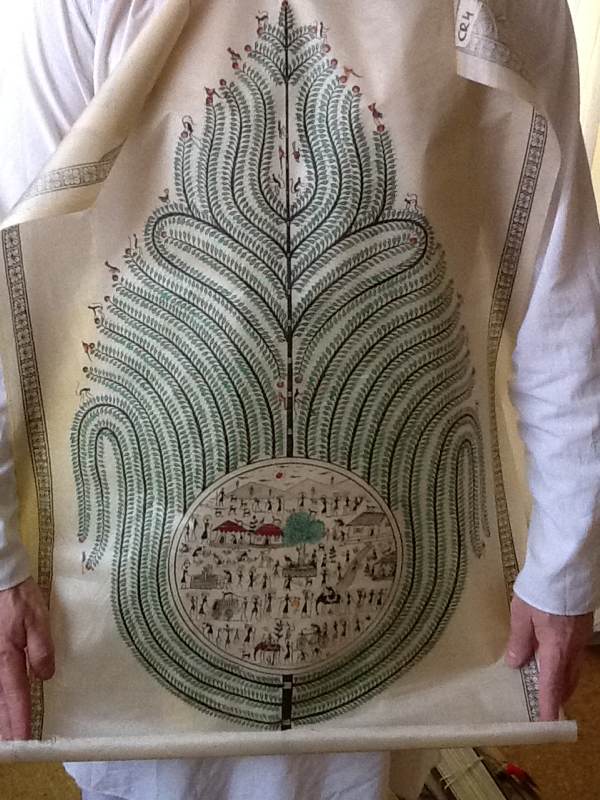 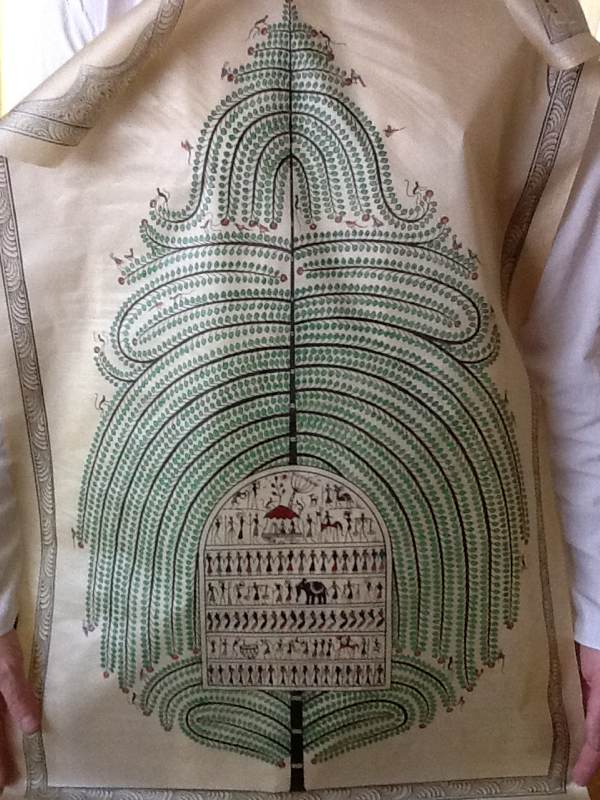