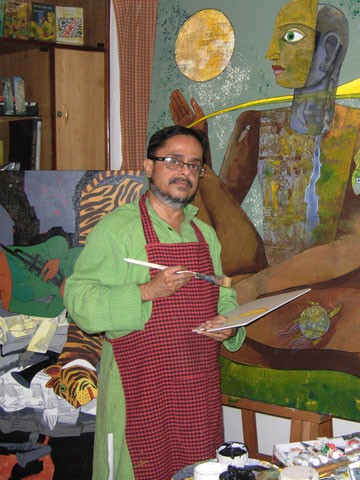 Born in 1957 at Kolkata, Ashoke Mullick graduated in first class from the Government College of Art & Craft in the city. In a figurative genre, his images, manipulated and frozen into compositions, seem to emerge from a dream world interlaced with contemporary urban realities. The nature of this stimulus is well exemplified in his choice of colours, as much as the stylization of his human presences. His forms and compositions, like staged characterizations, appear engrossed in-between the inner or outer and the real and imagined worlds. They evoke empathy in the lives of his dramatis personae. Mullick’s figures move with ease in the elegant simplicity and mellowness of their coloring. His women, couples, jokers, parrots, animals, masks, gods and goddesses, part human and part animal, all appear engrossed in their own thoughts and seem to exist at an intersection between the natural and the distorted. Juxtaposed against everyday objects, they create dramatic and intriguing images. A hardworking and prolific artist, he has participated in several solos and group shows held at Kolkata, Mumbai, Bangalore and Delhi. The artist lives in Kolkata and works from his studio in the city. 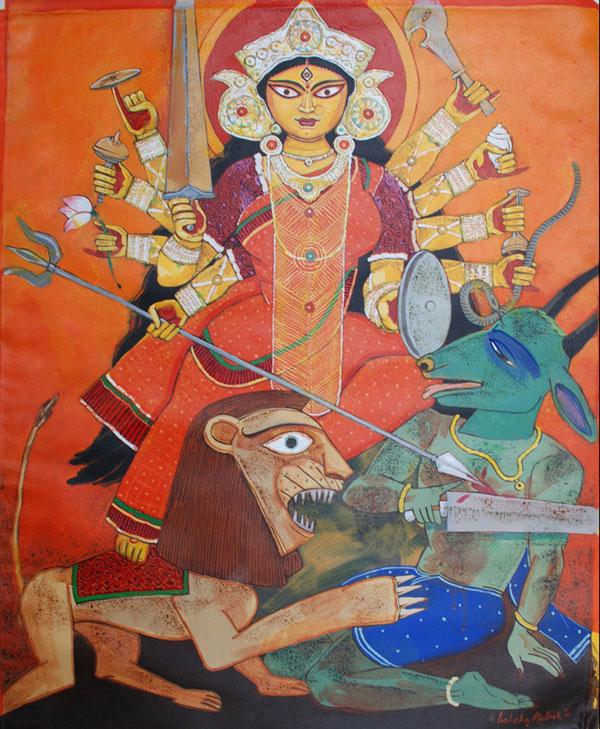