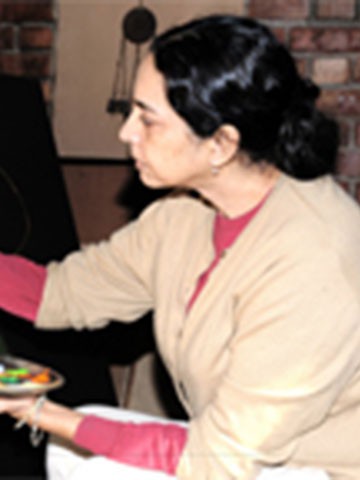 Born in 1954 at Delhi, Arpana Caur received her Master’s degree in Literature from the University of Delhi before joining St. Martins College of Art in London where she studied for six months to refine her skills in drawing and painting. Arpana’s finely executed imagery, with iconic figuration immersed in folk forms and legends, is marked for its spiritual and somewhat autobiographical undertones. Encompassing paintings, drawings, illustrations, printmaking, sculptures and murals, her art appears meditative while it also focuses on issues such as communal violence, environment and socio-economic concerns. Her work has been exhibited in several solo and important group exhibitions in various Indian cities as well as, at London, Glasgow, Berlin, Munich, Amsterdam, Singapore, New York, Stockholm and Copenhagen. Her work, which has been the subject of a dozen theses and films, can be seen in museums at Delhi, Mumbai, Chandigarh, Chennai, Kerala and Bhopal in India and at Los Angeles, Salem, Boston, San Francisco, Brooklyn, Dusseldorf, Singapore, Bradford, and other cities in the UK internationally, besides some important collections such as Victoria and Albert Museum in London and Rockefeller in New York. Awards to her credit include Gold Medal during the VI International Triennial – India. She was also commissioned by the Hiroshima Museum of Modern Art to make a mural commemorating the 50th anniversary of the atomic bombing in Hiroshima. Arpana is a Founding Trustee of the Academy of Fine Arts and Literature, New Delhi and of Museum of Miniature and Folk Art that is housed there. Arpana Caur lives and works in Delhi. 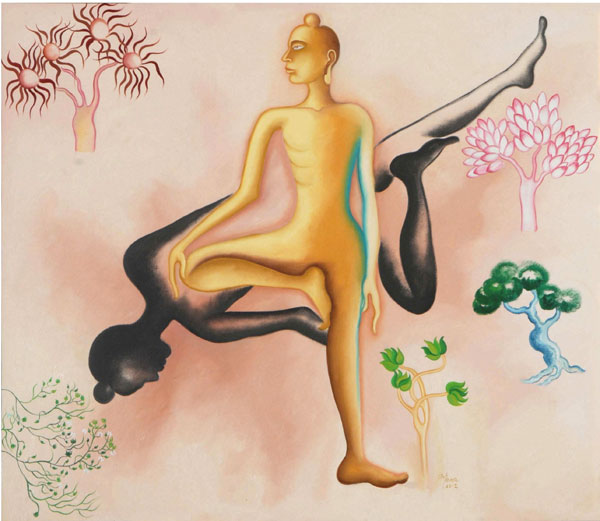 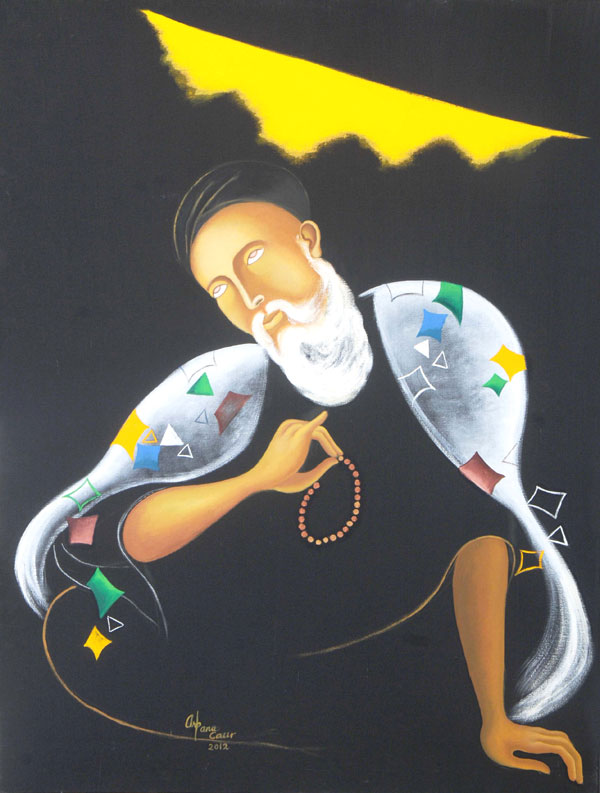