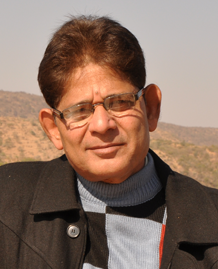 Born in 1958 at Udaipur, Rajasthan, Abbas Batliwala has received his postgraduate degree in Drawing and Painting from Udaipur University. Inspired by folk forms, his art displays an exaggerated sense of wonder. Abbas resorts to a caricatured figuration that readily engages the viewer. The sense of wonder is highlighted in his work, featuring big, oversized eyes that resemble seashells (kauri), drawn and painted in his peculiar style. The action appears to be melodramatic, in which his characters generally seem entangled. Abbas has pursued an independent art career, and won many accolades and awards at both national and state levels. He has participated in many shows at Delhi, Mumbai and as well as in international art activities, including the 7th International Triennale – India, the 6th Asian Art Biennale – Bangladesh, and India Month – Rotterdam and Mumbai. His works are part of prestigious collections at home and abroad such as Rajasthan State Lalit Kala Academy in Jaipur, Rajasthan and National Gallery of Modern Art and Lalit Kala Academy, both in New Delhi. 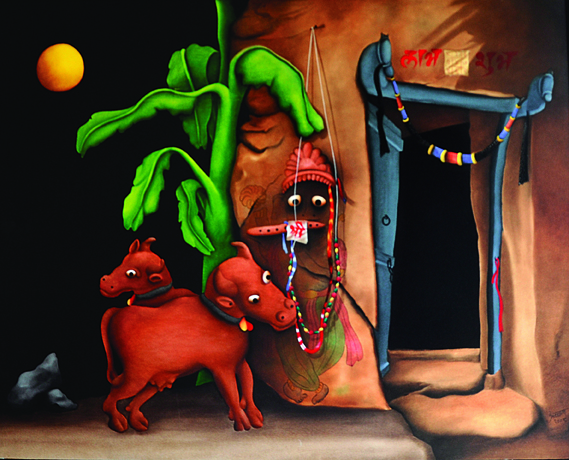